Hello there!!  Thanks for stopping by!
My son turned 6 at the end of last month, and he was very adamant that he wanted a Mario and Sonic Party.  We decided the theme would be Mario and Sonic at the Olympic Games.  As one of the favors, I made hats for each of the kids.
When they arrived at the party, the kids got to choose whether they wanted to be Team Mario or Team Sonic by picking a hat.  I already had experience making the Mario hat, because 2 years ago for halloween, my son was Mario and my husband was Luigi. 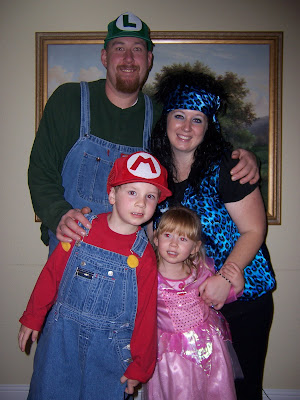 Awesome, right?! :)  Super cheesy, but it was cheap, easy, and doable!! And it was a lot better than paying $40 for the costumes at the store!

So anyway!!  I started out by searching all the thrift stores in our area for red and blue hats.  I was planning for 10-15 kids to be at the party, so I couldn't afford to pay $7 for a plain blue or red hat from Walmart.  I ended up paying $3 for most of the hats at the thrift store, but some of them were only $1.  The hats started out like this 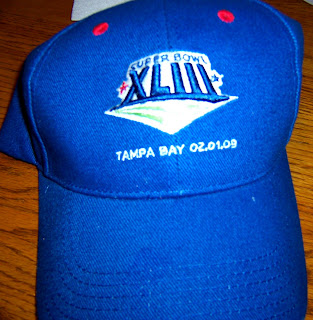 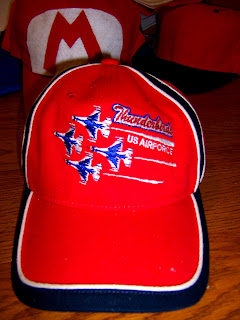 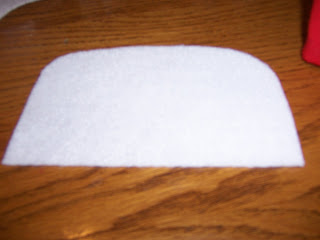 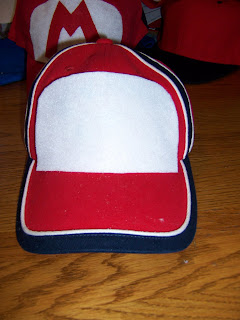 I glued the top of the felt onto the hat first, and then moved down.  On most of the hats I had to trim some of the felt where it met the brim of the hat so it wouldn't bunch.  Once that was done, I worked on cutting out the M's and Sonic's.  The Sonic was a pain, and I still think it looks a little goofy, but the kids knew what it was and didn't seem to mind! 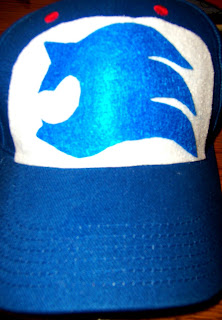 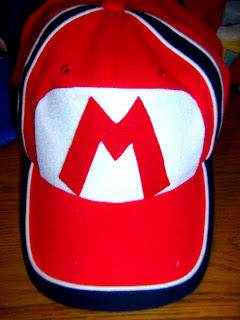 I'm not sure why I didn't draw in the eyes on Sonic for the pictures, but oh well.  You get the general idea!  All the kids loved their hats, and were so excited that they got to take them home.
What do you think?
Check back next week when I post about the actual Mario vs Sonic at the Olympic Games party! (wow, that's a mouthful!)
Thanks for reading!
Juli
Linking to THESE fabulous parties!!
Posted by Juli
Email ThisBlogThis!Share to TwitterShare to FacebookShare to Pinterest
Labels: Birthdays, Parties

Hi this is Taylor from the Hannah Handmade team. These hats are like the coolest thing ever! I love them! I am your newest follower, come follow me back? :)

Awesome, right?! :) Super cheesy, but it was cheap, easy, and doable!! And it was a lot better than paying $40 for the costumes at the store!
bin saeed readymade suit
ready to wear pakistani lawn suits