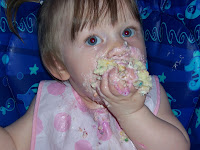 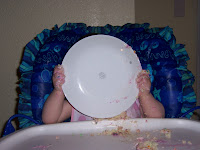 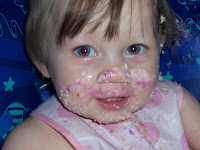 Did you throw a huge birthday party for your kiddos first birthday? I know we did with our first, but by the time we got to our third, we realized that she wasn't going to remember it anyway. We decided just to invite family this time, and I think it was just fine. We made a #1 cake for her to make a mess with, but I needed something for the cousins that were coming to the party. Have you seen these before? 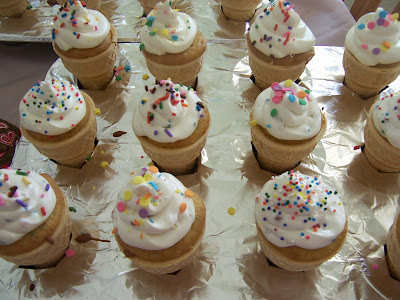 Cupcake Cones!! I can't believe I've never thought of this before!! While searching online for different treats, I found multiple pictures of these awesome creations! One lady was saying her mom made these for her when she was little, and I've never even heard of them! I made these for the party, and they were a hit! I have to say that the cleanup was the best part! No cupcake wrapper?! No bowl or plate to wash?! Fantastic!
Here's how I made them!
First of all, you have to find a way to keep the cones from falling over while you take them in and out of the oven! I covered a muffin tin with aluminum foil, cut an x in the middle of each hole, and gently put the cones in. 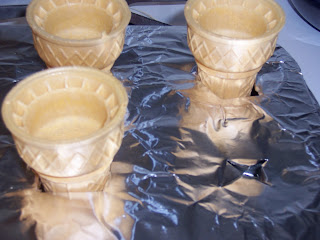 I put my fresh from the box cake mix in a plastic bag and cut the corner so I wouldn't make such a mess when filling the cones. It actually worked out pretty well! 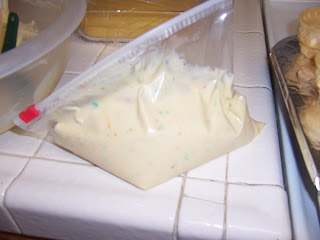 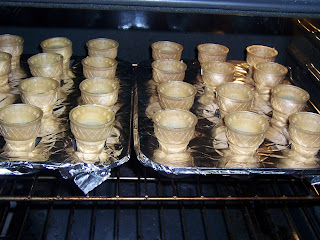 *don't mind the dirty oven and horrible pics!!
I followed the directions from the box recipe as to what temperature to cook them at. I set the timer for 17 minutes, which was the time for cupcakes, but they weren't even close to being done. I think I ended up cooking them for 25-30 minutes. They brown on the top, just like regular cake, and that's when I knew they were done. Make sure to let them cool before you frost them. I put my can of frosting in a ziploc baggie, cut the corner, and piped on the frosting. They were a hit with the kids, and even some of the adults! I thought they were good, but the texture of the cone took some getting used to! I will definitely make them again since they have such an easy cleanup! I think next time I'll put less batter in them so maybe I can scoop some ice cream on top when I serve them! Mmmm! Ice cream cupcake cones!! Sounds delicious to me!! 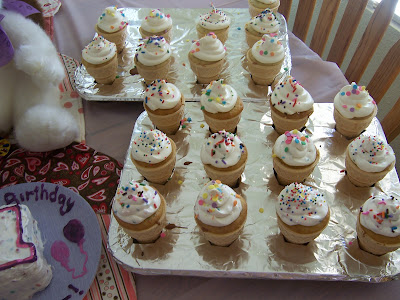 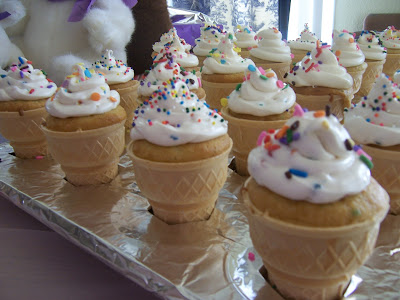 Posted by Juli
Email ThisBlogThis!Share to TwitterShare to FacebookShare to Pinterest
Labels: Recipes

Darling idea! What more could a kid want--even sprinkles!

I don't know about the cupcakes, but the baby is DARLING!! Wish grandma could be there. Actually, the cupcakes are darling,too!